**Click Here to Watch the Sunday Mass Stream, Beginning at 10am and 6pm Central.

Solemnity of Saint Joseph, husband of the Blessed Virgin Mary

St. Joseph, patron of the Universal Church, patron of the poor, chosen to care for Mary and Jesus, had great plans. He fell in love with Mary, he wanted to wed her, the betrothal took place according to custom, and he was ready to go. The “plan” of a new life was launched. But something happened; life happened; the plan fell apart.

His beloved Mary was pregnant and Joseph was understandably upset and shocked since he was not the father. How could Mary do this to him? How could she give her body to another man? But he still loved her and did not want to shame her, the depth of his character emerging out of hurt and pain. Joseph would simply divorce her.

Until he had a dream, the first of three. Joseph, the dreamer, who allowed his grand plans to change the direction of his life and the world. In Matthew’s gospel, Joseph is center stage, with dreams and angelic messages, telling Joseph of the greater PLAN, God’s plan. This newborn child would be the long awaited Messiah in the line of King David, Joseph’s lineage. The prophecies were being fulfilled just according to the PLAN!!! Joseph surrendered to this plan by letting go of his deep hurt. He ACCEPTED the plan and its consequences, which would involve much suffering and the further alteration of new plans.

The census, the Magi, another dream warning Joseph of those who wanted to kill this newborn babe, and so the plan to go back home needed to change. He had to take Mary and Jesus to Egypt and flee there for safety. How deeply ironic that Joseph was sent to the very country his namesake ended up in slavery. This Joseph, the youngest son of the third great patriarchJacob, was sold by his own brothers and wore a multi-colored dreamcoat. He, too, dreamed, which changed the plan of his own life. The Joseph of Genesis and the Joseph of Matthew are mysteriously connected, creating a harmony between the Old and New Testaments.

Joseph teaches us the beauty of being in the background of the story, for he was center stage for just a brief moment in time, and then he was never mentioned again. Mary became the heart of this story, which unfolded in Nazareth leading to Jerusalem and the Cross. Joseph accepted his part of the PLAN: to move off center stage and in the shadows of the beautiful mystery of salvation.

Joseph teaches us to recede in the background and let the light shine on others in humility. He teaches us to deflate the ego and it’s insatiable need to control outcomes and plans. Joseph, the great humble Saint, teaches us that most plans will most certainly change as life intervenes. People in relationships, families, friendships, parish endeavors, careers... all must adapt to new, unexpected situations. Change is a part of life.

May we, like Joseph, surrender to the Dream, God’s Dream, for each and every one of us. 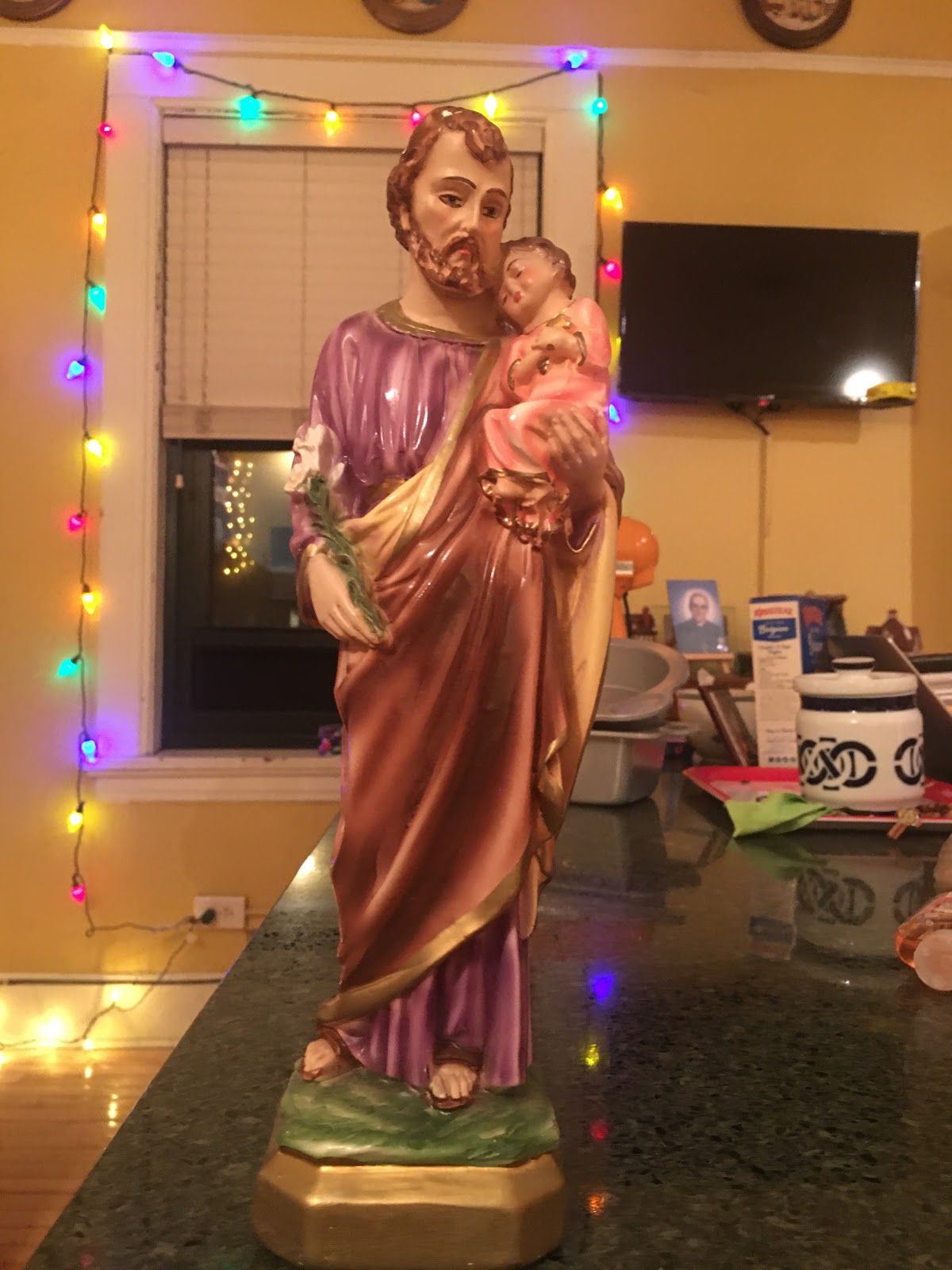